Longford Park School has had a brass band for the last six years and since its formation, it has developed a successful reputation for delivering outstanding performances under the guidance of its musical director Mr Alan Watson M.B.E.; who writes the harmonised musical arrangements.

Over the years the band has been invited to play at numerous concerts beyond the school and at our own special school events, showing theit ability to play all styles of music, which has included rock and roll, jazz, traditional and blues.

Recently, the band was the only primary school orchestral group to be invited to perform at two Trafford Schools' concerts organised by the music service. 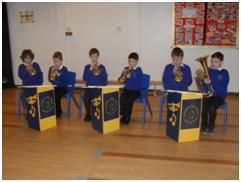 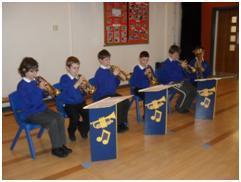